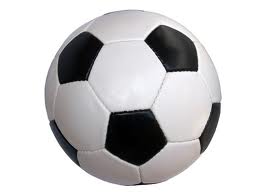 Nigerian football fanatics, specifically lovers of  the EPL and European footbal might not like me for my stance on the "craziness" over a game played thousands of miles away on a football field in England or somewhere else in Europe and relayed via the power of technology to millions of faithful of this sport worldwide.

Many wonder or even see as unreasonable my comparison in placing side by side the cult follower ship and twitting / facebooking habit of matches while they are being played live on TV against the almost lackadaisical attitude by the bulk of these same Nigerians toward the non ending bomb and gun attacks by an Islamic extremist in the Northern states of Nigeria.

Only last week while people where busying themselves hurled up in a football viewing centre in Jos, enjoying a match between Chelsea and Barcelona, the  gang of terrorist whom I will presume don't give  rat ass about the excitement of football, saw an ample opportunity to bomb the viewing centre and take lives senselessly as they enjoy doing.

I submit that even in the face of challenges agree people should unwind, love a sport or even be fanatical about that sport if they so wish, however in the light of happenings in Nigerian in recent times, I am of the opinion that Nigerians should equally channel our energies used in supporting and passionately discussing foreign football on TV , Radio,Online and Off line. Towards doing the same, If not more in showing and demonstrating our outrage for the continued waste of innocent lives  by Islamic terrorist on the one hand and on the other hand the continued waste and pilferage of public funds by politicians, highly placed civil service officials  and their counterparts in the private sector. As we say nothing violence in the north keeps happening day by day and successive government keeps up with it pampering of corruption.

Am not asking we go on the streets or the Labour unions call for a strike action to demand Government provide security for the citizens of this country, no! We will get to that level someday, right now all am saying is that let each man, woman, boy or girl start to speak out in any way they can.

If you can constantly update your twitter , facebook and even blackberry DP with comments about a football match, by gosh! you should even do more in speaking against terror and corruption before these evil takes over our land completely and we won't even have the peace to watch football in comfort talk less of twitting or facebooking about it.
If people praising their "teams victory " or criticising a game using social don't  or saying stuff like “Arsenal,or Man U, or Chelsea for life” already know the importance of loyalty to something and in sharing their views on their team via social network tools, I bet they can equally care enough to do same for a more relevant and well meaning cause such as speaking out against impending disaster.

So my confusion or should I say question is this - Why don’t the majority of Nigerians use this same tools in speaking out daily against corruption and Boko Haram terrorist groups?  But will jump at any given opportunity to fraternise if its football.. Why ? . 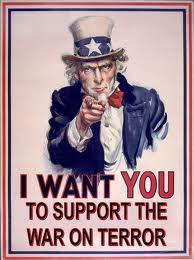 Here is a question someone asked " So you will rather that they keep looking forward to more bombs going off ? “, and here is my response

" Olu D Don, sorry don't get me wrong am not saying that and am also not saying we should not watch our favourite game and the most loved sport. All am just saying is this, the passion we all exhibit towards football, far outweighs the passion or concern we show towards the state of our nation. e.g. some people got bomb last week just watching Chelsea / Barca Match in Jos, a young fan lost his life  in Lagos over this same match, come on na  seriously?....for a country on the brink, I do think our love for football can at least teach us something ? If not love for our country, maybe let's just care enough to use our facebook,BB dp, twitter profile etc  to "SPEAK OUT" just as is now  the culture when watching football.

Am so sure people in Syria will care less about EPL or an European tournament , not to talk of twitting or facebooking about it. All they would wish or pray for is Peace. Just like Libyans they too are using Youtube and social networking tools to expose the killing frenzy of their government and fight for a change.
Anyway I still acknowledge that some Nigerians e.g.

@Omojuwa,@Ogudamise,@Hanneymusawa etc are really speaking out via social networking tool, hopefully maybe someday we will all catch the fire.  Forgive me if my response is too long, maybe I just have too much spare time..lol.. Happy May Day and have a safe/blessed Month ahead". Cheers
Email Post