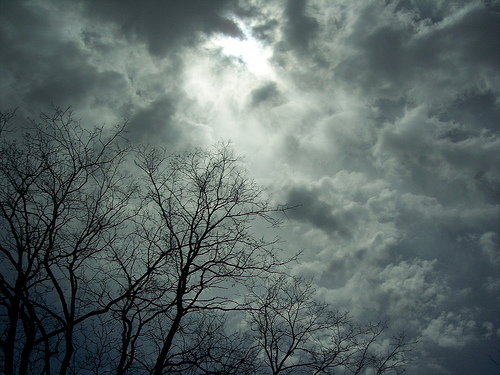 Since the cold blooded killing of four students of the University of Port Harcourt, Nigeria by some members of a community called Aluu, close to the University’s campus. I want to write cause writing sort of help me get things off my chest, but simply I don’t know where to start or what to say,…… reading the whole turn out of events with the 1st week in October  left me gutted.

Only last Tuesday 2nd of October, I was watching the Aljazera news and surprisingly was seeing breaking news about Nigeria.  A significant number of students at a Polytechnic in Mubi, Adamawa state were shot and killed in a Night raid by what’s still being described as “unknown gun” men. I had only just struggled to not think about how sad, unfortunate and outrightly shocking this incident was. Only to check timelines on twitter on Friday  the 5th of October and saw the story of four students killed very gruesomely because it’s alleged they stole phone and laptops.

Most distressing is the fact that the killing of these four University of Port Harcourth students was done in day light, in the full view of members of that community and people took pictures and even made video of this most horrendous of act.  The killers or should I say executioners of these young men were brutal, merciless, and desperately wicked. I wonder how humans can be so inhuman, just so that I don’t become despondent by these sad happenings; I have stopped trying to figure this out because it’s just as the good book puts it “the heart of man is desperately wicked “

This community claimed they have been ravaged by incidents of robbery attacks, and so justifiably some of them so mercilessly killed four young men under accusation of a crime. These people made themselves the police, judge, jury and executioners, with no one or nothing to stand in the defense of those four young men.

If not for this sad and unfortunate event, like most people I would probably not have heard of that community called Aluu, and certainly not heard of these four young men.  Am not being apologetic because I don’t know the entire story and hopefully it will keep unfolding long after this write up, however this depressing events should leave all sane people in Nigeria, Rivers state and every community to ask the question, if the people who so freely killed these students young boys in Aluu and the students in Mubi polytechnic could do what they did for whatever reasons, what will stop them from doing it again and again ?

This incident also hurls a big question to the Government, and the peoples of Nigeria how civilized, humane, and literate are we as a people living in the 21st century?.

The picture and most sadly the video is being posted all over the internet, personally I have don’t see why anyone would want to watch the video of another human, killed some gruesomely. I have gone online to websites, forums and even on youtube to urge people not to watch this video and for poster of such video to take them down. Some people have asked my why?   My question back has been why not? What purpose will watching that video serve you as a person?  it’s simply an evidence for the law agencies to use in bring the men or women within that community who took laws into their own hands to also face the law. It’s not what any sane individual should watch.  So much for bad news travelling fast, especially bad news in Nigeria. typical with western media, this story made news on CNN

By CNN @CNN
Investigators in Nigeria say 13 people are in custody after a mob burned four students alive -- killings that were videotaped and posted online.

These murdered boys all have friends and family members how much more can they take? Not only knowing that your loved one was so gruesomely killed by a mob, but its available for people to watch online, that’s way too much for anyone to take I think.

I have kept the message below on my facebook profile all day.

Did not, will not and cannot watch the video of the savage killing of those 4 Uniport students in Aluu,the few pictures I saw only has left me gutted since friday. For the sake of the families and friends of these young men, can the people posting pictures and the video on youtube and other places online take them down....

And sent out messages via blackberry messenger asking folks to urge posters of those video to take them down, and sent twits via twitter, to @TouchPH  and with folks like @Gidi_Traffic  re-tweeting the message…

Put yourself in d place of a brother ,sister or parents of these 4young men killed in Aluu. Pls!!! posters bring down that video.