I am an avid reader of blogs(not the gossip ones),even though am a blogger myself, and been blogging for awhile now,if I say so myself. For me blogging is one of the ways, I share some of my thoughts, opinion and my stories or a story from my own perspective.If anyone happens to read them, comment,share,agree or even disagree with these views- for that am also grateful. For the most part of my blogging I have chosen to remain incognito -

You can imagine my delight when I stumbled upon this blog https://dofekeze.wordpress.com and it's been quite an interesting read.

This story on the town WARRI https://dofekeze.wordpress.com/2016/01/14/singing-warri-sturbon-nor-to-killing-and-fighting particularly caught my fancy, because just like the writer, I am Warri born and raised- Like the freash prince,this was my own west philly

I grew up in the 80s and 90s witnessed first-hand  the warri before,during and after the crisis. Eventually it was what led me to leave Warri for good as my family had to move out from Warri to our home town. As young man fresh out of school with a national Diploma,and planning to go back for further education I couldn't move to my hometown with my folks.So my journey into real adult life started rather abruptly without the comfort of my parents four bedroom bungalow home in Warri - the safe,space of comfort and less care of what you would eat,or who would pay the rent. I relocated to Lagos, and started squatting with a friend. My dad had worked and retired from SPDC western division, so we had relative comfort growing up but without peace in the city, my Dad would rather move to his home town and enjoy his retirement peacefully in his country home than put up with the nonsense called Warri crisis -with hindsight, I can now say that was a great decision even though then I wonder why we were the ones moving and some other families we knew chose to stay. 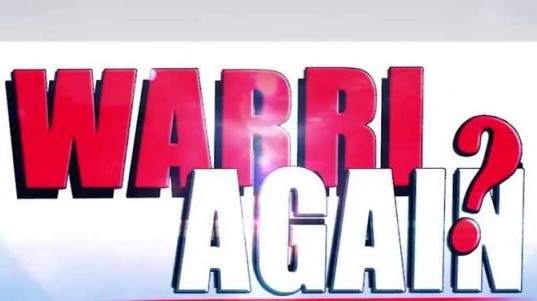 While Warri had the economic carnage and loss of opportunities brought by that so called(Ijaw/Itsekiri) crisis then, there also was a human exodus - many, many people left the city, resulting in a human capital loss,as great as its economic loss in my own opinion.
Sadly it's been almost 20 years later, Warri has not recovered from that carnage its youth and people brought upon it and so sadly too that foolishness continues till this day in varying shades and forms.

I left Warri around October 1998 and never looked back since and am the better for it and I sincerely thank God for that. I visit or stop by occasionally if am on a Journey but I know I could never again leave in this city. My last visit was in February 2017 and I decided to visit some of the old neighborhood I grew up, I even made a video, - but compared to what it was then and what I saw now, in one word its  -decrepit.

I couldn't believe I once lived in those places,this once lovely and peaceful town the only place I had really known - I loved some many things about that city and probably still do, my memories were very fond, from Christmas in the city, the days we could go to Kingsway to see father Christmas as a kid, to my days at Urhobo College my alma mater, my many escapades swimming at Udu river under Udu bridge, or  my weekend rituals during my final year in secondary school going swimming at the Shell Club Ogunu, and then  afterwards having steaming chicken and chips at the club house. To the excitements and sometimes horrors of attending school inter house sports and the after fights that would broke out, the house parties,all the teenage love affairs, etc.-

Alas! Now it's a sad tale of how a once vibrant town with tremendous potential for development and poised as possibly being an urban centre to challenge and compete with the likes of other major Nigerian cities like Lagos,Abuja, suddenly lost its glory and is still losing it.

Reading Dofekeze  blog article not only sparked up nostalgia of the good ol days in Warri but it made me again realise how much of a lost opportunity the city Warri became and still represents but yet we still see shadows and types of this "warri story" scattered all across the Niger Delta region in other towns,villages and cities, no lessons learnt from the Warri tragedy.

Thanks blogger (dofekeze) for sharing your thoughts and with your permission, I would like to share your piece more widely on social media but of course with appropriate credits to you and your blog,that’s only if you permit? I think we need to get people  to start thinking, and talking again because we need first a change of hearts,minds and attitude in the Delta far more  than just  blaming the Government, the Oil companies or one another.

The plethora of tribes, culture and tongues in the delta, we are all in this together, despite our differences, there’s no denial  we so closely knitted that we can’t afford not to be too close and yet be discomfort or at each others neck–either we raise together or we all go down – simple, no other choice !
Email Post