A new week, a new hope, but as for the weekend,mine was a good and interesting one, first good thing was that I didn’t go to work as is the usual thing for me most weekend and secondly  I met a rather very interesting person. 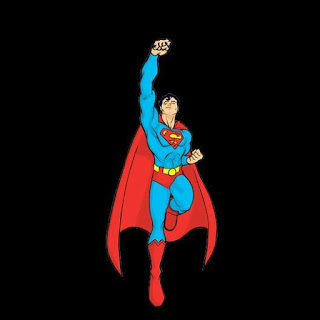 Let me tell you a little about this person, he is not superman,but he's not like most men I know, and maybe you just might have a thing or two to say after reading his story, and hopefully I can pass that on to him.

His name is KM (lets just refer to him as this); he is a young man, very upwardly mobile and successful in his career, as a financial consultants to some of the big financial houses in Lagos. A good looking fellow, at least I got to see him one on one for the first yesterday. But here’s the catch, Km,  is GAY! and also HIV positive.

By now any reader of my blog who know me is wondering how on earth did you meet a guy guy! or are you gay? no am not, am straight as a bullet and find the same sex thing abnormal, but here's how I got to know this young man. I work via the internet and also get to spend most of my free time on the internet, thus I have developed relationship with quite a few people of varying backgrounds in terms of personality, status, career pursuits,sex ,class and now sexual preferences.

I met this KM fellow, on a web forum, (nairarepulic.com) somehow the site is no longer in existence. KM was actually the only open gay person on the forum and will always challenge the likes of me that are TOTALLY against his life style and sexual preferences.

Most times on the forum we had our word fights and even wrote nasty stuffs just to make a point and get people to comment or tow our own line of argument or reasoning.

Initially my intent was to get him to change by any means possible, but after a while I knew he is so far gone, that not me or anyone can use reasoning to get him to change,  except his creator changes him. So I change my tactics, if I can't change, well aw be damm if I don't cast the first and last stone to make you feel guilty as hell. So I used both detestation and religious sentiments at the same time to provoke him, and yes  it made matters worse, at least it got him to openly say he is even more strengthened in his resolve to ensure that for most straight men like myself, as a group of people he must do all he can to subdue us and one of the ways he believes he can achieve this is to be more successful than most straight men he has any dealing or business with and so far he claims he is achieving this.

To cut this very long story that has been unfolding for over a year, one the forum because our attacks were drawing huge comments and readership on the forum we made a bet sometime in December (2006) on the forum, he said he can turn me to a gay fellow within a month and I said I will make him straight within a month, so we took the challenge a step further and exchanged phone numbers and for he first time spoke to each other.

I told him I was going to give him a female friend’s number and all I am asking is one date with her. He likewise said he will hook me up with a gay fellow and we agreed,but I blew the deal, I actually never intended to go that far, not even for the fun of it. So after a while we lost contact or should I say,  I deleted both his number and email address for my messenger.

I never got to hear from KM since December 2006 when we first made contact, up until two weeks ago, it's December 2007, when an unknown phone number called me and the person behind the voice said his name is KM, we talked and after a while he told me that he will be in Port Harcourt for a business deal, and I told him I will be delighted to meet him.

So this weekend he called again, he is in now in PH,I invited him to church he said he can't make it, so on Sunday afternoon after I left church, I met with him at the lounge of the Beverly’s hills hotel and had one of the most enthralling discuss I have had in recent times.

Here’s this young man that looks good enough for most women at least by my estimation, he is young and successful, but yet not like me in any other way.

We talked about how he deals with life as a gay person in Nigeria, his faith, as a  Christian who is a gay person, the discriminations and hate he claims he and others like him face, and how this has caused them to evolve a self defense mechanism and build strength in their unity and minority status  and we talked about so many other issues.

Finally he told me that despite the fact that he is gay, he dose not believe in gay marriages , to him that is the exclusive reserve for a man and a woman relationship, because that’s how nature made it, interesting thought for one who also disagree that same sex relationship is abnormal and not how same nature intended it to be, his argument again same sex marriage is simply because  you can only procreate via this kind of heterosexual relationship and not same sex marriage.

He told me that within the last 3 months, he is considering having a child of his own, his partner is not happy about it, but that's what he now wants, and he wants one from his own loins if possible and not adopted.

So the challenge is this, he is gay, he is HIV positive and yet this is what he now desires. He asked me to pray for him cause he's been so long away from Church he can hardly pray, even though he believes in God.

To his request for prayer,  I replied No! I won’t pray for you, but I will pray with you. He told me he lacks the faith, I told him faith is something you can find for yourself and the situation he finds himself now, provides the perfect opportunity for an exercise of faith, only if he prayers. Our meeting was very friendly and nothing like the attacks online.

I left my meeting with KM feeling, and saying this to myself “I really don’t have as much issues as I think I have” and I have come to  a realization  that this gay/same sex thing is not all that we see it to be, the only way to change anyone, if that is ever possible, will be first to understand them, maybe, just maybe even accept them for what they chose but most importantly pray for them,. The truth is that for  me no matter how modern or intellectually correct, or how free a moral agent human is, a man is not created for another man. PERIOD!

I have decide to share this with people to get their opinions, views, advise and also request they pray along with KM, I believes somewhere within him, he wants to find his way, but thinks he is far gone, and all he see is hate and rejection form the world around him and funny enough the greater proportion of that comes from the Christian community,cause we hate the sin but not the sinner, though sometimes it seems we can't distinguish one from the other.
Email Post