Passion without purpose,serves no purpose.

This morning I headed out to do my business for the day, as usual I saw the #fantastically crowded petrol filling stations along my daily commute route, I didn’t even flinch as I have already accepted buying fuel  far above the official pump price, so as I turned on the car radio and  heard in the news that today, the government is getting rid of the  #fantastically corrupt petrol subsidy scheme,thus fuel will  now sell for N145 – I just smiled  and whistle my happy song “ don’t worry , be happy”  for me I have been buying fuel above this price since the start of the fuel scarcity months ago, and he that is down needs fear no fall.

Anyway as I drove, ahead of me I saw the #fantastically corrupt Nigerian Police Force (NPF) officers on “stop & search duty”, and true to their calling they stopped me, asked for my vehicle papers and licence, after checking and finding nothing implicating, to haggle me about, their tactics changed to “ oga your boys are loyal oh” don’t just leave us like that – I smiled and said no worry “e, go better” (things will get better).

I didn’t even have what they wanted from me, so I decided to stop at my  #fantastically corrupt bank, notorious for out-rightly deducting money from customers account with all sort of fictitious charges.

In an attempt to get my mind off the crowded heated space since the banking hall air conditioner was struggling to drop the room temperature- I turned my attention to the Tv  hanging on the wall, and voila! I caught a glimpse of  our  President speaking on the BBC. 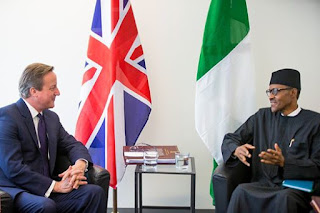 Hmmmm the president of the most #fantastically corrupt country – was again on an international western news media and this time agreeing to the fact that the sheer scale of corruption in his country can’t even make him argue with the fact that the British Prime Minister David Cameron while having “small talk” with the Queen was overheard intentionally or unintentionally labeling his country Nigeria as, #fantastically corrupt. Now you know where my #hashtage and motivation for this story steams from.

When I saw our President sigh heavily, and said YES! When asked “is your country #fantastically corrupt”? I knew no doubt this man has a passion for Nigeria -, but his purpose, does he truly wants to change things for the better or complicate them ? That am not so sure of and as they say:
PASSION WITHOUT PURPOSE,SERVES NO PURPOSE. 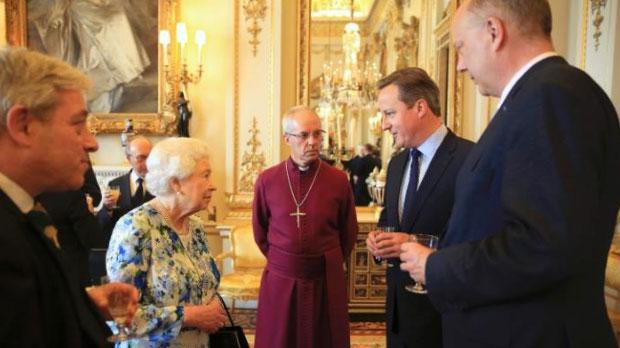 I pray President Buhari find a balance between his passion and a clarity of his purpose for Nigeria especially at such a time.

In other matters highlighting the hypocrisy of Briton's Cameron, while the British Prime Minister or its government officials has failed to make a meaning explanation of why or how stolen funds lodged and locked away in the UK and its tax havens, have faced a purposeful frustration in efforts by countries  like Nigeria seeking repatriation of such stolen fund, for instance the colossal amount of stolen funds and assets by some Nigerians  #fantastically corruptly stashed in Mr Cameron’s country – So to hear the prime minister describe his nation despite all these as having the hallmark of an in-corrupt country left me astonished.

The session at the UK house of commons, I watched on Tv today got me thinking :

The Scottish National Party (SNP’s Angus Robertson) in the House of Commons today asked his PM  David Cameron this question.

Seeing as the Prime Minister is prepared to lecture other countries on corruption and probity, could be explain why seven police forces have launched criminal investigations into Conservative MPs for potential electoral fraud?

Prime Minster David Cameron reply below and his defense of his country, I think is epic, passionate and expected unlike that of my president who  cannot lie,or even embellish truth. Not sure if Mr Cameron suffers from selective amnesia, but all the same he wouldn’t trash talk his country, you make of his last words here, what you will in his answer to  Angus Robertson.